If you have multiple Leapfrog 3D printers and would like to know how to print with them both at the same time while connected to the same computer in Materialise, then this article is for you.

Note: For Creatr 1.0 software, you will need to purchase a Creatr 1.0 software license for each different model of 3D printer that you want to use. Each license is uniquely specific in which printer model it is for.  For example, a Creatr HS XL printer will not work with a Creatr HS license. A Creatr HS XL license will need to be purchased in addition to the Creatr HS license that you already have. However, once you have both licenses, you can use them within the same software program. However, if you are connecting multiple printers of the same model (i.e. two Creatr HS printers), you only need one license.

The difficulty with getting two printers to use the same PC is that, at first, they will both want to use the same COM port. Your PC has enough brains to know that when one COM port is in use, and a device is requesting the same comport, it will create another COM port.

However, most people run into an error when they first plug two USB cables (one from each printer) into the PC at the same time. This is because the PC doesn't show the one COM port in use and is deciding which printer to assign it to.

Therefore, the point at which the connect the USB cables is really key here in making this two printer connect happen.

Steps to Getting Two COM Ports and Two Connections to Materialise

So now that the issues been explained, here's instructions on how to overcome it:

STEP 01: Only connect one USB cable to the PC in the beginning, and turn the printer on. If this is the first time connecting the printer to the PC, it may take a minute for the Drivers be installed. If you are using Windows version and get errors with the drivers, please try to use the following link regarding how to manually install the drivers: Installing the Drivers

STEP 02: Open the Creatr software and establish a connection with the printer in the software.

(If you need additional help in establishing the first connection, please refer to the users manual or open a new support ticket.)

STEP 03: Test the connection by using the Manual Controls, and take note which COM port is assigned to this connection.

STEP 04: Keeping the Creatr software open and maintaining the connection with the first printer, connect the USB cable of the second printer to the computer and turn on the power of the second printer. This will respond as if you connected the printer for the first time; the computer will be loading new drivers to a new COM port. Please wait patiently until this appears to complete its process. 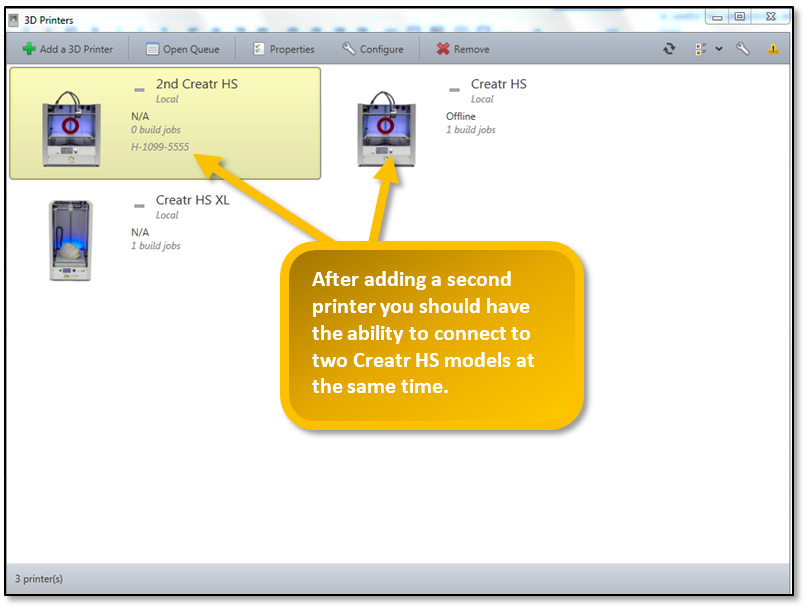 You may need to refresh the list of COM ports on the connection screen, but you should see a new COM port available.

STEP 07: You now can run both Creatr 1.0 software windows independently from one another. 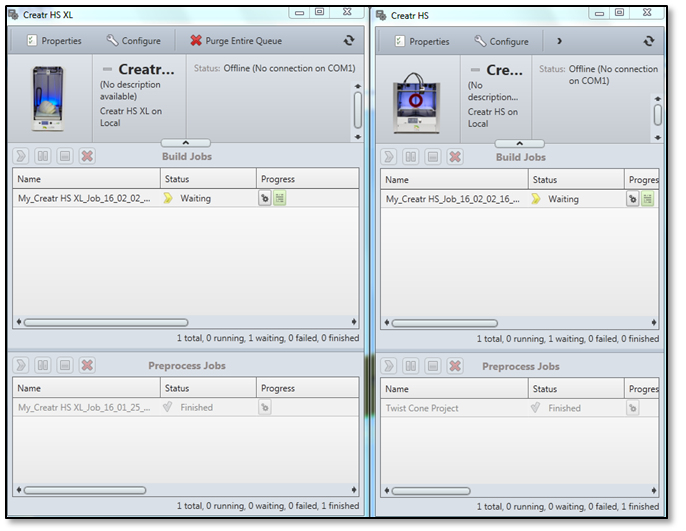 A taste of things to come - Creatr 2.0 in testing phase: 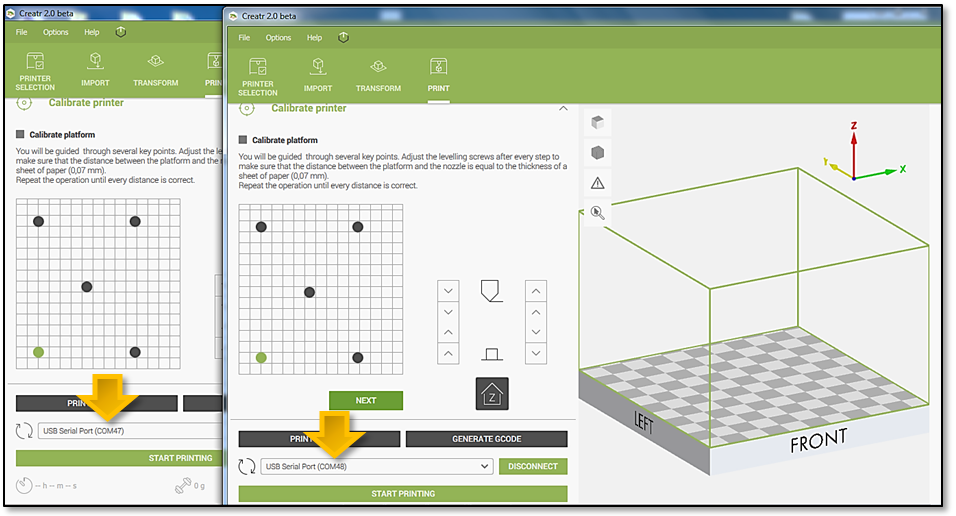