Hello and thank you for choosing Leapfrog for your printing needs.

The following solution will explain the difference between the estimated print time and the actual printing time;

The time Simplify 3D actually shows is a estimation based on the number of lines the gcode has and the default printing speed which is chosen;

To be more precise if you have a model which has the shape of a square which is defined by 4 spatial points means 4 commands; 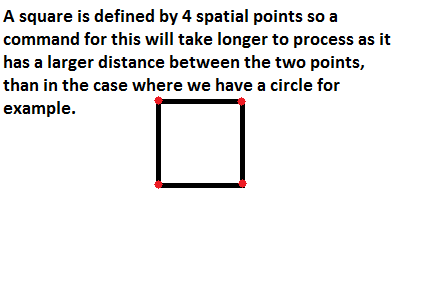 Now the estimation which the firmware will make, will be based on the previous layers and the speed at which they were printed; So for example you will get a estimated printing time of lets say 2 hours;

However when printing if your model has multiple shapes the printing time will change: 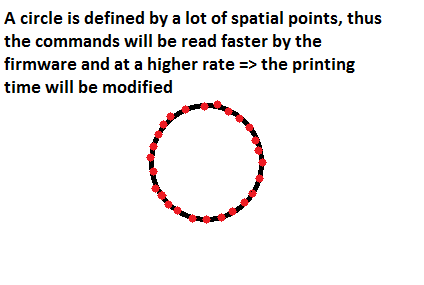 The firmware has a buffer of 16 commands which goes in a continuous loop as one command is executed another enters (which is also why the printer will not stop immediately when you pause the print as the buffer has to be emptied). The firmware always checks the first command with the last command and adjusts the speed of the print in order to make sure that all of the loaded 16 commands will be executed properly and at the highest rate possibile but this always changes as one command is run and a new one is received; 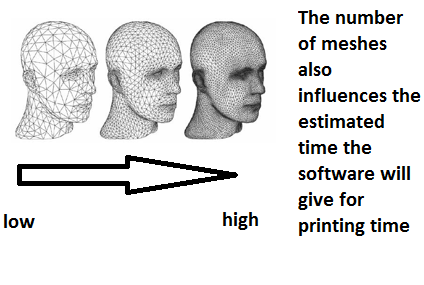 A slicing software like Simplify3D estimates the print time based on the speed settings, but if the printer can’t execute it at that speed it will take longer. Simplify3D also does not take into account any accelerations or decelerations settings of the printer, which are different for each type of printer, hence even more differences in estimated printing times.


So actually the only way you will know for sure how much a print will take is to run the gcode and time the print yourself;

In some cases when a print is quite simple the estimated time will be closer to reality.

In conclusion there is nothing wrong with the printer it is actually more to do with how Simplify 3D estimates the printing time and how the firmware processes the commands;